This document is intended to provide new Executive Members, new National Delegates and new individual members with a very concise overview of EBCOG, its organisation and background and its activities. More in-depth information on the activities of EBCOG and copies of past Minutes and documents can of course be found elsewhere on the EBCOG website: http://www.ebcog.org/ This information will be updated as and when required.

EBCOG is the Board of the Section of Obstetrics and Gynaecology of the Union Européenne des Médecins Spécialistes (UEMS). The Sections are a statutory part of UEMS and the Boards are considered by UEMS to be the Working Groups of the UEMS Sections.

The purpose of UEMS is to harmonise and improve the quality of medical specialist practice in the EU. EBCOG’s aim is to improve the health of women and unborn and newborn babies by promoting the highest possible standards of care. EBCOG’s core activities are education and training.

The Structure of EBCOG

EBCOG consists of 4 Officers, (President, Secretary-General, President-Elect and Treasurer) an Executive Committee and Council which is made up of two national delegates from each of our member countries. Subscription fees are payable annually and are calculated according to the UEMS ‘key’.

The Officers have a substantive vote. The Executive Committee meets two times a year and is responsible for making recommendations to Council and for ensuring that the strategic goals laid out in the annual strategy paper are met.

Council is the driving force of EBCOG and meets twice a year. Council is the decision-making body of EBCOG. National delegates are members of both EBCOG and the UEMS Section of Obstetrics and Gynaecology and Council meetings are joint meetings of the EBCOG and Section Councils. Currently, the Treasurer and Secretary-General of EBCOG also fulfil the same offices for the Section.

There has been a rapid expansion in EBCOG’s membership since we were founded in 1996. There are now 37 countries represented on our Council. We are very keen to develop these links further and are in the process of establishing regular contacts with their national societies. A memorandum of Understanding between EBCOG and national societies outlines the nature of the relationship between EBCOG and its constituent societies.

Collaboration with the Subspecialist Societies

In Rome in on 27th November 1999, EBCOG and the Section of O & G unanimously agreed to recognise the subspecialties of Gynaecological Oncology (European Society of Gynaecological Oncology - ESGO), Materno-Fetal and Perinatal Medicine (European Association of Perinatal Medicine - EAPM) and Reproductive Medicine (European Society of Human Reproduction and Embryology - ESHRE). On 25th May 2002, EBCOG and the Section agreed to recognise Urogynaecology (European Urogynaecology Association - EUGA) as a subspecialty. Representatives of all of the Subspecialist Societies sit on the Executive Committee and on the EBCOG and Section Council and have substantive voting rights.

This collaboration has proved invaluable and EBCOG and the subspecialist societies have jointly produced training programmes and log books, developed subspecialist visiting and accreditation and collaborate closely on the scientific programme of each European Congress.

EBCOG also works closely with the special interest societies via the Standing Committee on Training and Assessment: European Federation of Colposcopy (EFC), European Society of Contraception (ESC), the European Society of Gynaecological Endoscopy (ESGE), European Association of Pediatric and Adolescent Gynecologists (EURAPAG), the International Society of Psychosomatic Obstetrics and Gynaecology (ISPOG). Links to the subspecialist societies’ and special interest groups’ websites can be found on the EBCOG homepage.

As part of our focus on quality assurance and patient safety, EBCOG has produced two sets of Standards of Care for Women’s Health; one for Obstetric and Neonatal Services and One for Gynaecology Services. These documents were officially launched in the European Parliament in November 2014.

In February 2015, EBCOG met with the European Commissioner for Health and Food Safety, Dr Vytenis Andriukaitis. Commissioner Andriukaitis said that he and his Cabinet would be delighted to engage with EBCOG and to explore how the Commission and EBCOG could support each other to achieve our mutual vision of equitable, safe, efficient and sustainable healthcare systems in the EU.

At the request of WHO, EBCOG also agreed to discuss sexual and reproductive health (SRH), maternal mortality and child health with the European Commission with regard to prioritising them as part of EU policy.

The UNFPA gave us a grant to translate the EBCOG Standards of Care for Women’s Health into Russian. These documents were translated by the UNFPA and the Russian Society of Ob/Gyn, which is a member of EBCOG, with the help of the Chair of the SCTR, Prof Juriy Wladimiroff. The Russian Version of the Standards of Care were officially launched during the European Congress in Torino.

One of EBCOG’s priorities is to promote the introduction of visiting in those countries which do not have a national visiting system. To this end, EBCOG organises and carries out visits to departments which request a visit. If appropriate, these departments are normally accredited for a 5 year period. To date, over 20 yrs 200 hospital visits had taken place in 23 European countries.

The forms to request a visit can be downloaded from the EBCOG homepage.

Trainees who have trained in an accredited department, during the period of its accreditation, are entitled to request a certificate from EBCOG to this effect, for an administration fee.

The forms to request a subspecialist visit can be downloaded from the EBCOG homepage.

2016 saw the launch of the EFOG EBCOG Examination. The purpose of the examination is to assess the level of competency of candidates regarding their knowledge and judgement, although skills and attitude are also evaluated. The main objective of the examination is to streamline the assessment of post graduate trainees and quality assure their skills. This approach will support the free movement of quality assured specialists across borders within Europe. Candidates who pass the exams will become EBCOG Fellows in Obstetrics and Gynaecology (EFOG-EBCOG) and will be given a certificate of Fellowship.

The Examination Standing Committee of EBCOG is responsible for the organisation of the Examination process. The Examination Standing Committee has worked very hard throughout 2015-2016 to ensure that, in addition to the practical and organisational aspects, an examination question bank has been established and that all the questions have been fully quality assured. The Committee, together with the Director of Examinations, Prof Ioannis Messinis, have also produced full guidelines for candidates on all aspects of the application and examination process. These Guidelines are available on the website: http://www.ebcog.org/exam

The Examination has two parts. Part 1 is a knowledge-based assessment (KBA), written examination, while Part 2 is an objective structured clinical examination (OSCE). Part 1 of the Examination took place for the first time in Torino on 18th May 2016 and Part 2 took place on 19th November 2016 in Norwich, UK.

The SCTA has produced training programmes and log books for both specialist and subspecialist training as well as recommendations for ‘Training the Trainers (TTT)’. As part of this work on TTT, an EBCOG runs regular TTT courses.

The specialist and subspecialist training programmes and logbooks can be downloaded from the EBCOG homepage.

Thanks to a successful grant of €400,000 from the Erasmus programme in 2015, we are in the process of developing an updated and future-proof specialist training curriculum. This project, the EBCOG Project for Achieving Consensus in Training (PACT) Project, began officially in September 2015 and will run until August 2018. As we know within Europe, there is considerable diversity of clinical practices. Each country within Europe therefore has its own training programme and specialists in Obstetrics & Gynaecology from different countries acquire variable levels of skills. The implementation of a pan European curriculum will create a workforce with comparable skills and training to ensure patient safety. It will also allow the free movement of specialists across Europe whose training has been quality assured. Developing this Curriculum is fully in line with EBCOG’s focus on Standards of Care, as it intended to improve and harmonise the level of training across Europe.

EBCOG’s Position Statements are published on our web site and in the European Journal of Obstetrics, Gynaecology and Reproductive Biology which is now the official Journal of EBCOG. These are intended to be used as formal statements on issues of public health in Europe.

Seven position statements have now been produced on:

The Public Health importance of Sex Education in Schools

More Statements are currently being developed on:

Diet and Exercise in Pregnancy

In August 2015, the Officers group met with representatives of WHO-Europe in Copenhagen. As a result of the meeting, FIGO kindly agreed that EBCOG should act as a representative for obstetrics and gynaecology in relation to the WHO Regional Office for Europe. As such, EBCOG took part in the Regional Consultation on the development of the European Action Plan for Sexual and Reproductive Health and Rights (SRHR) 2017–2021, in Copenhagen, and was represented by the EBCOG Treasurer, Prof Peter Hornnes.

EBCOG has now produced the following joint position papers for publication in Entre Nous WHO:

1. An EBCOG/EMAS Position Paper on “Ageing and Sexual Health”;

2. An EBCOG/PICUM Position Paper on “Addressing Barriers to Access to Health Care for Migrant Women with Irregular Status”.

3. An EBCOG/ISPOG paper on “Perinatal mental health: bridging the gaps in policy and practice”.

The UNFPA gave EBCOG a grant to translate the EBCOG Standards of Care for Women’s Health into Russian and support the UNFPA/EBCOG Award.

The UNFPA EBCOG Award is the result of collaboration between UNFPA-Eastern Europe and Central Asia Regional Office (EECARO) and EBCOG and through it we are offering two annual Awards, each of €4,000, as a contribution towards the expenses of the successful candidate visiting a specialised centre which offers knowledge and skills to advance quality improvement in sexual and reproductive health.

Collaboration with European Network of Trainees in Obstetrics and Gynaecology (ENTOG)

EBCOG and ENTOG collaborate very closely and EBCOG is very supportive of ENTOG’s work and development. The President of ENTOG sits on the EBCOG Executive Committee and Council. In November 2006, a Memorandum of Understanding was agreed between EBCOG and ENTOG. ENTOG organises an annual Trainees’ Meeting and Exchange Programme, which, it was decided in December 2006, will take place at the same time and venue as the EBCOG Congress in Congress years.

ENTOG collaborates with EBCOG via the SCTA and SCTR in all of EBCOG’s training initiatives and activities and via the Congress Management and Scientific Committees in the development of pre-Congress Courses. Under the Constitution of EBCOG, ENTOG has its own vote within EBCOG.

ENTOG receives an annual grant of €6.500 from EBCOG.

EBCOG was invited to contribute on the FIGO Working Party to develop unified GDM Screening strategies. The President of EBCOG currently serves on the “FIGO Working Group of Hyperglycaemia in Pregnancy”.

European Congress of Obstetrics and Gynaecology

The Congress Scientific ad Congress Management Committees change for each Congress and, together, they are responsible for producing the Scientific Programme and planning the Congress. The next Congress will take place on May 2017, in Istanbul.

Congress Venues Past and Future

The voting procedures are described in more detail in the EBCOG Constitution, which can be found on the EBCOG website.

By using the UEMS key, we have split the countries into three groups:

Honorary Fellowship is the highest honour that EBCOG can bestow. EBCOG has a number of Honorary Fellows, who have been honoured because of their contribution as Presidents of EBCOG, EAGO and/or the UEMS Section of O & G and a number of past members have also received awards of recognition.

Professor Giraud - Past-President of the Section.

More detailed information on EBCOG can be found at: http://www.ebcog.org/ 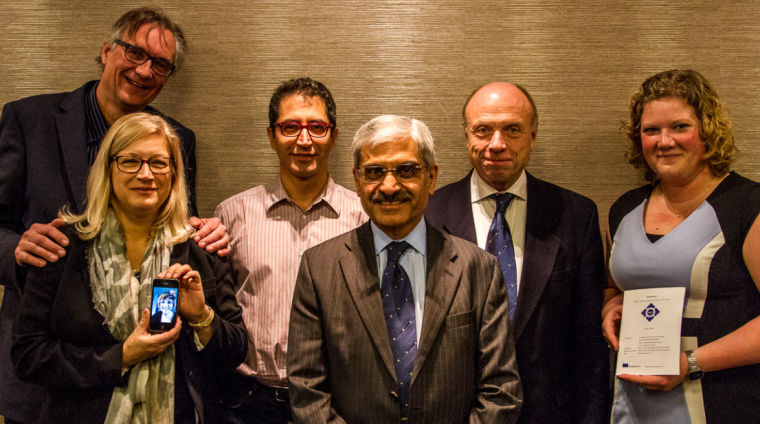 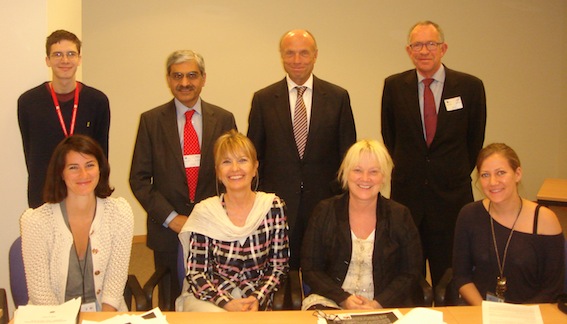 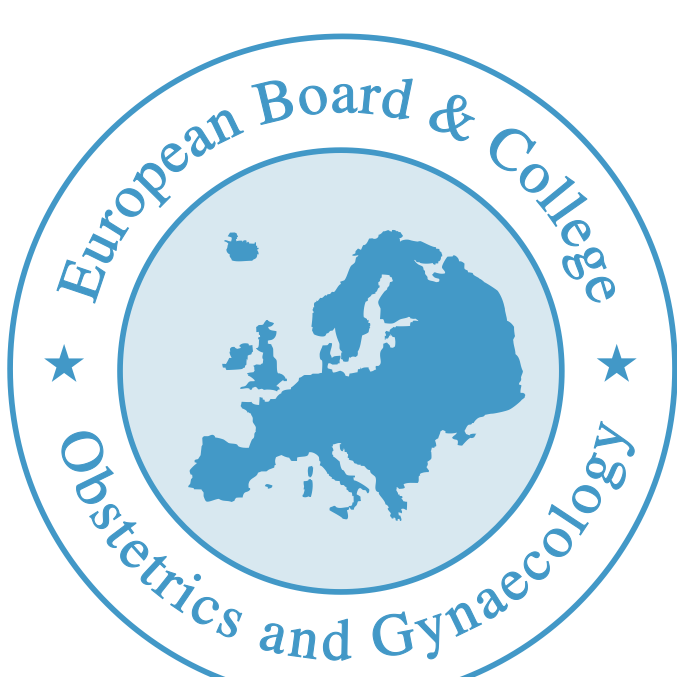 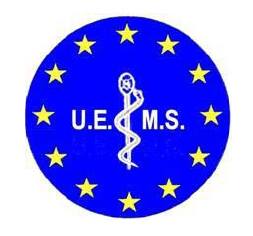 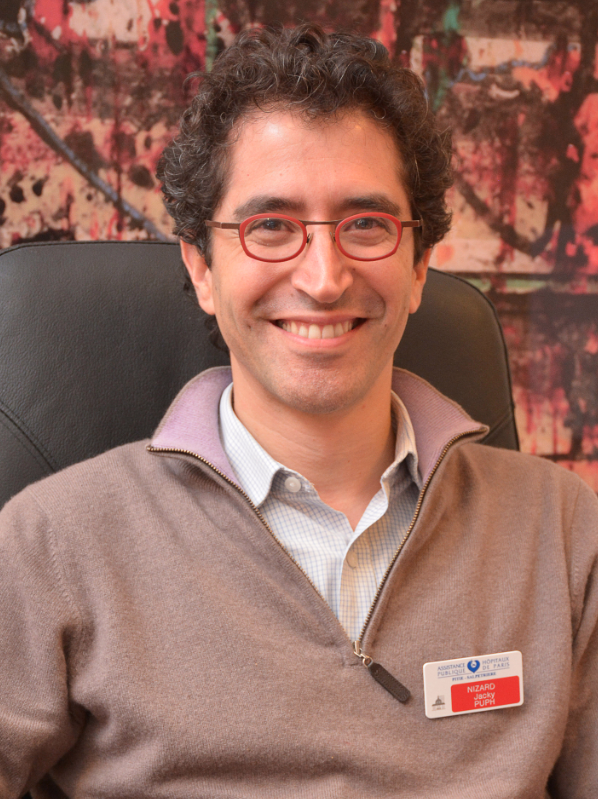